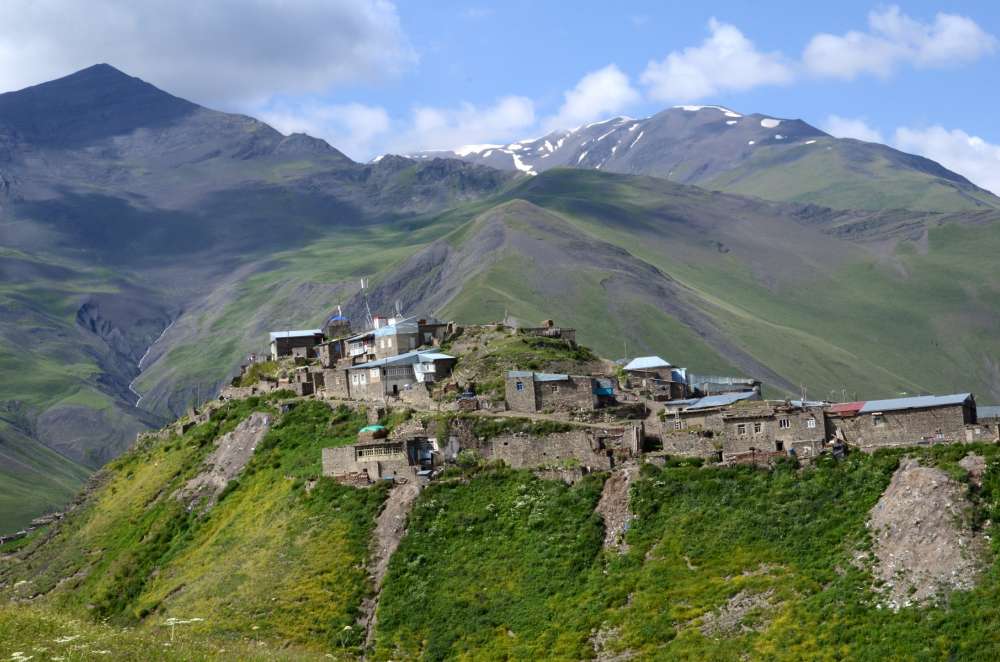 Azerbaijan is a country with rich nature and a lot of incredible landscapes.

Any traveler will be able to find a rest to his taste.

It was difficult, but we tried to choose the TOP 10 amazing natural places for you:

1.       Mud volcanoes in Gobustan - Azerbaijan ranks first in the world in terms of the number of mud volcanoes. There are 350 of the 800 known species of the volcano. All these volcanoes are active.

2.       Goygol Lake - Translated means "Blue Lake". It has been a reserve since 1965. The water of the lake is crystal clear. You can’t swim in it. There is a beautiful forest around, and wild animals roam the coast.

3.       Mount Yanardag - Literally, a burning mountain. The hill burns for centuries attracting more and more tourists. The flame does not go out due to constant gas emissions. The fire does not go out in any weather, whether it is rain, snow or strong winds. Especially beautiful at night.

4.       Mount Ilandag - Located in Nakhichevan and translates as “Snake mountain”. Around this mountain there are many legends and stories. According to one legend, Noah sailed past this mountain on the ark and even touched it by dividing it into two parts. This mountain was studied by many scientists and was even filmed by National Geographic.

5.       Azykh cave - The site of ancient people was discovered here. The remains of ancient bears, saber-toothed tigers and the lower jaw of an ancient young girl are found in the cave.

6.       Lake Maralgol - One of the seven lakes located in the Goygol reserve. Around the picturesque forest, and the water in the lake itself is very clean and clear. Swimming is prohibited here, but enjoy the views and relax as much as you like.

7.       Agate Mountains - Located in the Khizyn district. These striped mountains strike a palette of colors. All this beauty stretches for several kilometers. Mountains of this type are found in yet another place - in the Death Valley in the United States.

8.       Goodyalchay - The canyon of the Goodyalchay River is located on the road to Guba. This is a picturesque place with steep cliffs, rugged vegetation and rockfalls. It is always cool in the summer. Due to frequent rockfalls, this route is very rarely used.

9.       Mingachevir reservoir - reservoir of artificial origin in the city of Mingachevir. There are numerous beaches and flyovers for fishing. Around there are many picturesque places and from the same trestles there is a magnificent view where you can see flocks of cormorants, gulls, ducks and other birds.

10.     Lake Batabat - This mountain lake is located on Mount Shahbuz in Nakhichevan. Around are various mineral springs and picturesque landscapes. A peat island floats in the crystal clear water of the lake.

Naftalan - the story of creation

Secrets of the Maiden Tower

History of Ateshgah. From ancient times to the present day